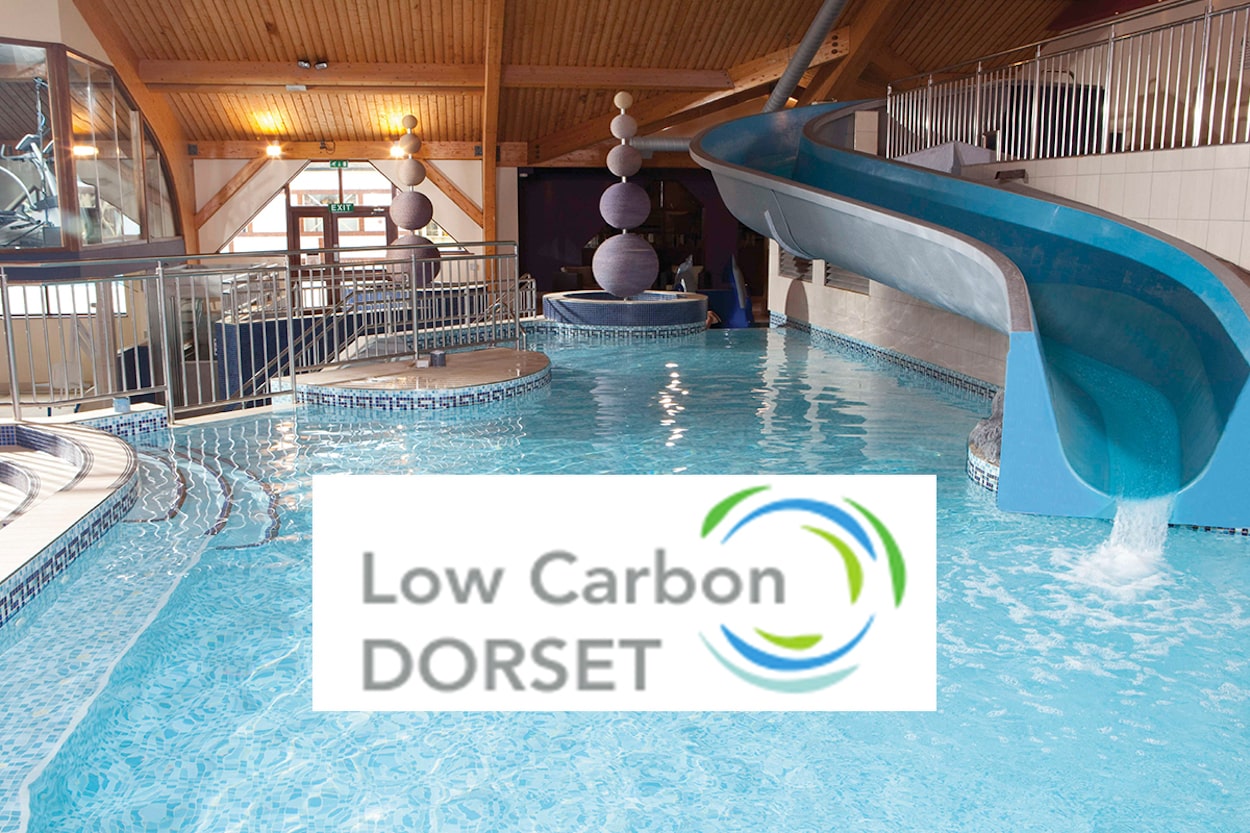 Waterside Holiday Group is focusing on a low-carbon project to improve energy efficiency and increase renewable energy at our Waterside and Chesil Vista sites.

The Waterside Holiday Group operates three holiday parks in Weymouth. This project focused on improving energy efficiency and increasing renewable energy at our Waterside and Chesil Vista sites. By installing 115 kWp of solar PV, switching all exterior lighting to LEDs, and fully lagging all pipes in our pool plant room Waterside Holiday Group will reduce emissions by 65 tonnes of CO2 e a year and save around £16k a year in energy costs.

The Waterside and Chesil Vista parks are home to over 750 caravans and several large buildings which host a variety of leisure facilities – including swimming pools, spa, amusement arcades, restaurants, bars, auditorium, and onsite convenience store. Prior to contacting Low Carbon Dorset, Waterside had already taken steps to reduce emissions.

However, even with these measures the site still emits over 1k tonnes of CO2 e a year – mainly as a result of electricity use and high heating demands.

Most of the site’s heating demand can be attributed to the running of our swimming pools. There are several renewable energy options that can reduce the associated carbon emissions from pools. These measures require significant capital investment, this was not feasible for Waterside but the group plans to explore this in the future. In the meantime, funding from Low Carbon Dorset helped to make the pool’s plant room more thermally efficient. This involved fully lagging all pipes. This simple, cheap measure will prevent heat from being lost and save around 5 tonnes of CO2 e a year!

The Waterside Bowleaze Cove site has a large electricity demand, and unlike many businesses, it uses more in the summer than the winter. This makes solar PV a great option for the holiday park especially as lots of electricity is used during the day. With the help of a Low Carbon Dorset grant Waterside was able to add to the PV already installed on the roof of the leisure complex – this additional 65.5kWp of solar PV will generate around 41% of the leisure complex’s current demand for exported electricity, and save around 33 tonnes of CO2 e a year. We were also able to cover the roof of our entertainment venue with solar panels. Combined these arrays will add 115kWp of installed renewable energy to the site – and reduce emissions by an estimated 57 tonnes of CO2 e. It is expected that these panels will save Waterside around £15.5k a year.

Many of the interior lights within the Waterside and Chesil Vista sites had already been converted to LEDs prior to contact with Low Carbon Dorset. However, both sites have lots of exterior lighting which illuminates the paths and roads which connect the caravans to each other and the central services. With the help of Low Carbon Dorset, Waterside replaced all of these exterior lights with LEDs. This switch is estimated to save around £550 a year and reduce emissions by 2 tonnes of CO2 e.